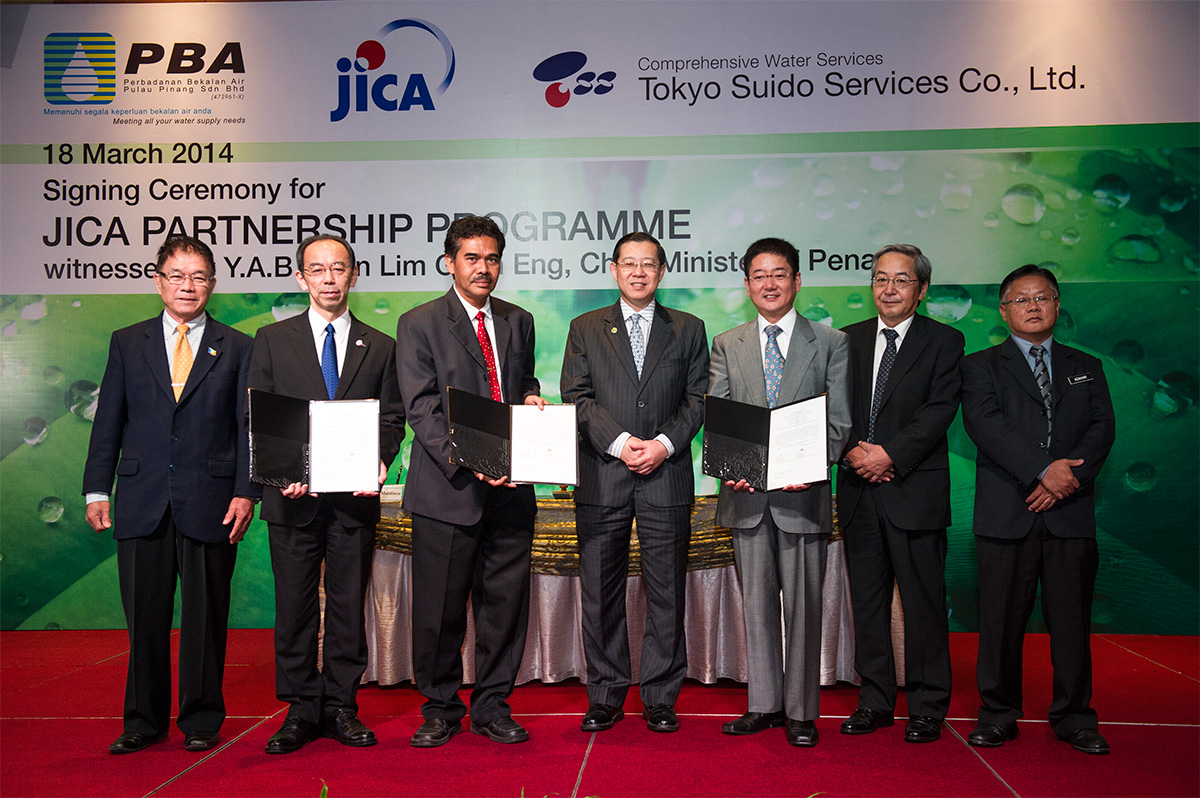 Accordingly, in 2014, PBAPP was appointed by the Japan International Cooperation Agency (JICA), to serve as the lead organisation for the implementation of the JICA Partnership Programme on “NRW (Non Revenue Water) Reduction Technology Training and Capacity Building in Malaysia”.

The aim of this project is for PBAPP to acquire the latest Japanese technology in NRW management to further reduce water loss In Penang. A team of PBAPP engineers and technicians will be trained to serve as NRW lecturers. Once this team is ready, PBAPP will then provide NRW reduction training for other water supply operators throughout Malaysia, with endorsement from the Ministry of Energy, Green Technology and Water (KeTTHA).

The duration of the project is from 1 January 2014 – 30 November 2016. JICA will provide a partnership grant of RM1.6 million for expenses while PBAPP will allocate the land for the ‘training field” and appoint a team of lecturer trainees. PBAPP will also provide the training facilities at the Penang Water Services Academy (PWSA).

JICA has also appointed Tokyo Suido Services, or TSS, to work directly with PBAPP on this project. TSS has helped Tokyo to achieve 3.3% NRW.

On 18 March 2014, JICA, PBAPP and TSS signed an agreement to formalise the partnership programme, witnessed by the Chief Minister of Penang, YAB. Tuan Lim Guan Eng and the Consul-General of Japan, H.E. Mr. Ryuji Noda.